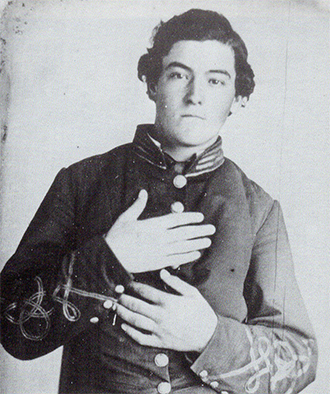 In the death of Mrs. Matilda Jones, wife of Capt. P. Jones of Buffalo Valley, which occurred at her home Wednesday, humanity loses one of its most gracious and useful women. Wonderful woman she was; so good, so high minded, so charitable, loving, a wife, mother and a lover of all human kind. In a life of sixty years, no unkind word about her fellow man ever escaped her lips, no unkind thought clouded her mind, but through all the years her life was filled with good deeds and practical charity that made her a benefactor in this section.

Her large hospitable home was ever open to her friends and their friends. The crowds were never too large to find comfortable entertainment, and the good things to eat, the good humor and fund of wisdom which emanated from this cheerful, smiling Christian woman, made the honorees of her hospitality realize that life was worth living. The young folks not only in this section, but the state, flocked to her home. They loved her, they enjoyed her, she was entertainment and instruction to them.

Her deeds of charity were the needs of humanity. She supplied to her friends and neighbors what they had not. No person in her reach ever suffered from hunger if she knew it. She cared for the poor and needy and the lowly of earth had her sympathy and support. When they came to her home she sent them away with good hams, bacon, meal, flour, chickens, clothing, five dollar gold pieces and silver dollars. What a wonderful work she did, and who is there among us to take her place?

In the dark years after the civil war, she did not wish her neighbors' children to grow up in ignorance, so she built a comfortable school house on her own land and taught the youngers to read and write. Many of our most prominent citizens will tell you that their start in life came from the school room of Matilda Jones.

For eleven months she has been affected with an weakening heart, and during this time, her home has been thronged with friends anxious to minister to her and make her declining days as happy as possible. Everything that humanity could imagine was done for her comfort, loving hands were ever outstretched to aid this woman who was a mother to her community. Not a heart but aches that knew her and the unbroken prayers of her friends bespeak for her the eternal rest that comes to those who love the Lord and who was a ministering angel to the children of his as was Matilda Jones.
Mrs. Jones was the sister of the late Capt. Walton Smith of Cookeville, and out of a family of six boys and five girls, the death of Mrs. Jones leaves only one, Mrs. Omah Wallace of Buffalo Valley.
Graeme McGregor Smith Tribute to Matilda Jones

A Beloved Woman Dead - "Aunt Tilda" is dead! Quickly the news went through the county. Her death had been expected for several months and for several weeks friends and loved ones had hung near her bedside, anxious to lessen the physical pain, untiring in devotion, watching and anticipating her slightest wish. She who had severs others so gladly, lacked not for service in her helplessness, and the memory of how they did all that could be done, by human hands, to soothe her dying house, will be a sweet comfort in the long years to come to the loved ones left behind. ...