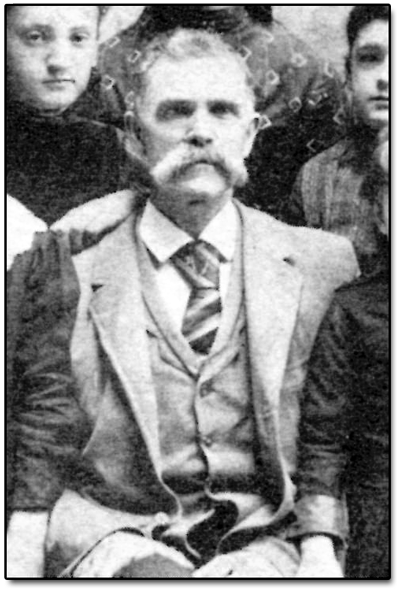 HENRY C. TAYLOR DIED EARLY THIS MORNING - Henry C. Taylor died at his home on Route 2 at about 7:00 o'clock this morning as a result of injuries sustained nearly two weeks ago when he fell and broke his hip, together with the infirmities of age, being 90. He will be laid to rest in the Cookeville cemetery at 11 o'clock tomorrow, Friday, services to be conducted at the grave. While his death was not unexpected, a spirit of sadness settled over the entire community.

Thanks from Uncle Henry. -- Uncle Henry Taylor wishes to thank his many friends for being so nice to him since he has been hurt; also for the many nice letters, cards and presents -- there were about seventy-five in all. When he received so many Saturday, he said, "I feel like I have been helpful to the people around me and now I am being paid back. My friends and neighbors are so good to me." Twenty-seven visited him on his birthday. He enjoyed their visit very much. He is very feeble at present. We all wish to thank our friends for their kindness. -- The Relatives

PUTNAM COUNTY MOURNS LOSS OF SPLENDID CITIZEN -- Henry C. Taylor, one of Putnam county's oldest and most highly esteemed citizen, died Thursday at his home four miles southwest of this city. A few days prior to his death, he fell and sustained a fracture of his hip, which caused his death. He was ninety year old last Sunday, having been born in Virginia on March 25, 1833. When a small boy he emigrated with his parents to this county and had resided in this county practically all of his life. In his young manhood he taught school for several years. At the outbreak of the Civil war he entered the Confederate army and was a brave soldier throughout that conflict. At the age of eight years he professed religion and joined the Presbyterian church, of which he was a devoted member for eighty-two years. For many years he was a Sunday school teacher and throughout his life, he was deeply interested in Sunday school work. For many years he held his church membership with the Cookeville church, but several years ago, on account of his advanced age, he moved his membership to the Lee's Seminary Presbyterian church, which was nearer to his home and more convenient for him to attend. For many years he conducted a saddle, harness and shoe shop on the north side of the public square. He was wonderfully well preserved until the accident which caused his death. It was his habit to drive to Cookeville in his baggy, unaccompanied, each week. His memory was unimpaired and his health remained excellent. But for the injury which he sustained, when his hip was fractured, he probably would have lived several years longer. He was a man of splendid native ability and of the strictest integrity. His influence was always exerted on the right side of all questions. He was always deeply interested in education and material developement of this section. His wife died many years ago. He is survived by six children: Mrs. Mary Taylor, with whom he lived; Mrs. Amanda Welch, who lives near his home, and J. L. Taylor of Leonard, Tex.; M. H. Taylor and S. A. Taylor of Palestine, Texas, and Newton, Taylor or Portland, Ore., and by many other relatives in this county. He is survived by two brother: William Taylor and S. M. Taylor, both of this county. His remains were interred Friday afternoon in the Cookeville cemetery. Funeral services were conducted at the grave by Rev. Dow A. Ensor and E. H. Boyd. Many hears are sad on account of the passing away of "Uncle Henry" Taylor, as he was affectionately known to all his friends. He always did the right thing, as he saw it. He was a sincere Christian gentleman and his memory will ever linger in the hearts of all who knew him. 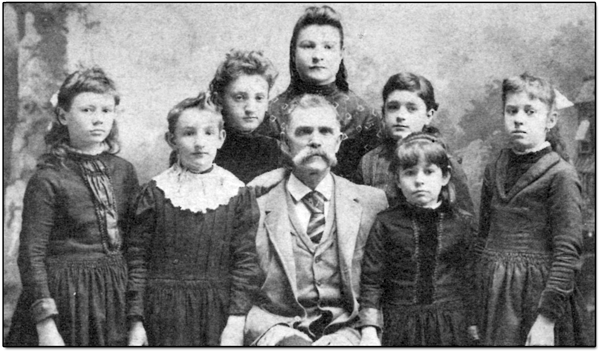 Henry Clay Taylor and Girls from his Sunday School Class