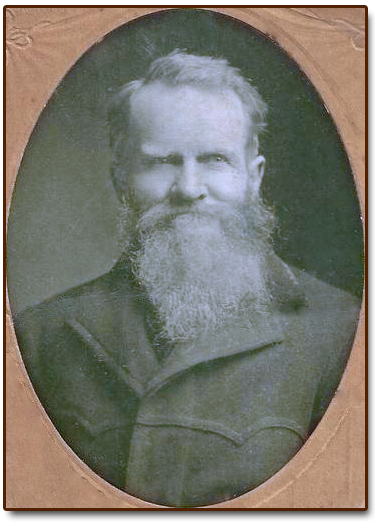 CAPT. JNO. S. QUARLES PASSES AWAY
At His Home On East Broad St. Saturday Afternoon June 18th
Cookeville lost one of her oldest and most highly esteemed citizens, on last Saturday afternoon, about five o'clock, when Capt. John S. Quarles passed away at his home on East Broad St. Capt. Quarles had been in failing health for some years, but was able to walk up town and take his usual exercise up to a month ago, but since then he had been gradually growing weaker. The sad news of his demise was received with a feeling of genuine regret by his many friends and relatives in this and adjoining counties, for he was widely known and admired by a large circle. The funeral services were conducted at the residence by Rev. A. J. Cole and attended by a large and representative body of friends and relatives of the deceased. The remains were interred in the city cemetery at four o'clock Sunday afternoon. Capt. Quarles was 83 years of age and had spent his entire life in Jackson and Putnam counties, with the exception of the four years spent in the service of the Southern Confederacy. He had been a resident of Cookeville for the past 15 years, having moved here from Gainesboro, his native town. He was married in 1875 to Miss Fannie DeWitt of Gainesboro,; who died several years ago. He is survived by three sons, John S., and Capt. James T. Quarles of Cookeville and Luke C. Quarles of Gainesboro; also by two sisters, Mrs. L. T. Robinson and Miss Susan Quarles, both of whom made their home with him, as did Miss Annie Trigg Robinson, his niece. Capt. Quarles enlisted as a private in the 8th Tennessee Infantry of the Confederate army, April 24th, 1861, and was paroled at Washington, Ga., four years and sixteen days later. He was promoted to the office of lieutentant soon after his enlistment, and after the battle of Murfreesboro, in which engagement he received eleven wounds, was promoted to the rank of captain. He was in Johnston's Division, under the direct command of Gen. Cheatham of Nashville, and when this division surrendered, he with a number of others were allowed the option surrendering, on transferring to Gen. Dibrell's command for the purpose of escorting President Jefferson Davis to the Mexican border, and he chose the latter. He refused the parole offered him at Washington, Ga., in 1864, until he and his comrades in arms were allowed to retain their equipment. He loved the South and the cause for which he fought, and a more valiant soldier, nor a more modest one, ever marched to battle. He will be greatly missed in his community, and will long be remembered for the gallant part he played in his country' history during the dark days of the Sixties. He was a kind and loving father and a real friend to all with whom he came in contact.