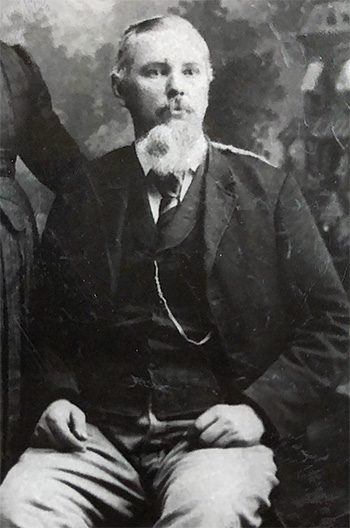 ROBERT PEEK -- Robert Peek, one of the oldest and most highly esteemed citizens of Cookeville, passed into the great beyond early last Monday morning. He had been in declining health for the past several months, and the last few days prior to his death it was seen that he could not last long. He was in his 84th year, having been born on Bear Creek, in the northern part of this county, on March 28, 1836, and died Aug. 11, 1919. On Jan. 15, 1857, he and Miss Nancy Burgess were united in marriage and to this union 13 children were born, 5 still surviving. Mrs. Peek died Oct. 16, 1891, and March 27, 1892 Miss Adeline Stafford become his wife, and she and her two children survive him. Mr. Peek was converted during his boyhood days and joined the Methodist church and lived a consistent member of that church for more than 70 years, a record of church membership that is seldom equaled and he was a regular attendant at the church and Sunday school. For a number of years he was a justice of the peace in the Cookeville district. During the civil war he served in the Confederate army and made a splendid record. In Mr. Peek's death a good man passes from the state of activity, and the town of Cookeville a survivor pioneer days, Mr. Peek having hauled the first load of lumber used in a building in this city. The funeral was conducted by Rev. A. P. Walker at the home, and interment was made at Salem, where a number of his relatives are laid to rest. The surviving children are Mrs. S. M. H. Taylor, Cookeville; Mrs. A. L. Boatman, Algood; Mrs. A. C. Crowley, Cookeville; D. P. Peek, Amarillo, Texas; Burr Peek and Roscoe Peek, Cookeville.

SERVICE IS HELD FOR MRS. ADELINE PEEK -- Funeral services for Mrs. Adeline Peek, 78, were conducted Saturday afternoon at the Cookeville church of Christ by Dr. O. H. Tallman. Burial was in the Salem cemetery. Mrs. Peek died at the home of her daughter, Mrs. A. C. Crowley, here Friday after a short illness. Mrs. Peek was the widow of the late Robert Peek, and was highly respected and beloved by a multitude of friends she had made during her lifetime. She had devoted her life to helping others and had gained the admiration of her children by her example of living. She had been a member of the Church of Christ for 62 years and was one of its staunchest supporters. She is survived by daughter, Mrs. A. C. Crowley and a son, Roscoe, of Detroit.

RESOLUTIONS OF RESPECT FOR MRS. ADELINE PEEK
Whereas, it has pleased God in His infinite love and mercy to take until Himself, Mrs. Adeline Peek, the beloved mother of our president, Mrs. A. C. Crowley, we deem it fitting to express our love and affection for her. Therefore be it Resolved: That we, the members of the American Legion Auxiliary of the Cookeville Unit, Post 46, do express our genuine appreciation of all that her devoted loyalty and fellowship has meant to us, and be it further Resolved: That we extend to the bereaved daughter and family in the loss of their devoted mother our deepest sympathy, and bid them look forward to the day of reunion, knowing that she . . . 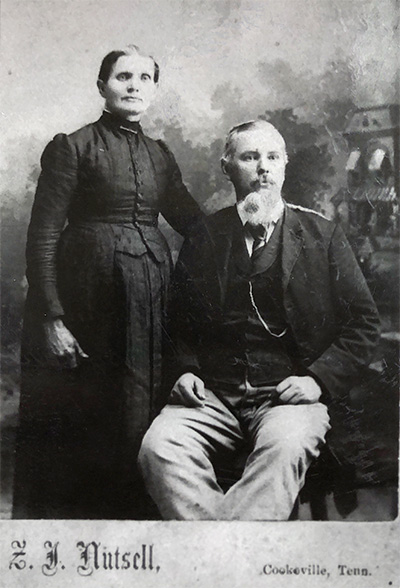