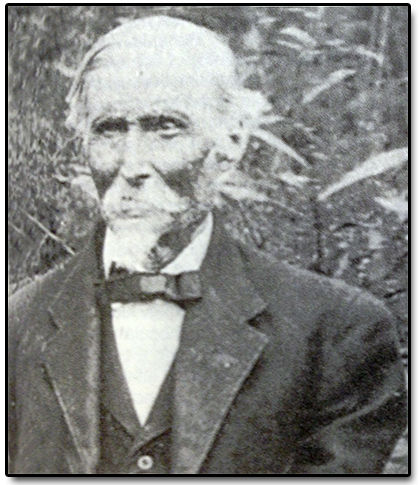 On Friday, Feb. 14, 1913, the angel of death visited this vicinity and claimed for its victim the soul of Mrs. Mary McDonald, and carried it from this low ground of sin and sorrow to that celestial city on high. Mrs. McDonald was born Feb. 23, 1840; was married to Andrew McDonald, June 17, 1857; departed this life Feb. 14, 1913, aged 72 years, 11 months and 21 days. She professed faith in Christ and joined the Cumberland Presbyterian church in 1886, and lived a consistent member until death. . . . Aunt Mary was reared here and had a host of friends, as was demonstrated by the long procession [t]hat followed the remains to the family burying ground, where a large number of friends and relatives had gathered to pay the tribute of respect. Funeral services were conducted by Bro. Horn, after which the remains were laid to rest to await the coming of the Lord.

"UNCLE ANDY" M'DONALD DIES IN HIS 93rd. YEAR - Active Until the Last - Could Mount a Horse Unassisted Few Days Before His Death - Andrew McDonald, better known as "Uncle Andy" by his friends and relatives, was born December 4, 1834, and died March 9, 1928. He was 93 years and three months old. He was ill only two days. On January 22, 1857, he was married to Mary Jane Shaw, and to this union were born eight childdre, six of whom are living. They are John, of Montana, Wade, of Murfreesboro, Lee and Ira of near Chestnut Mound, Mrs. H. H. Jared, of Gentry, and Mrs. Rid Apple, of Montana. He is survived also by fourteen grand-children and twenty-one great-grandchildren. Mr. McDonals was a highly respected citizen and was loved by all who knew him. He was a consistent member of the Cumberland Presbyterian church for forty years and was also a veteran of the Civil war. Although he lived to be an old man, he was, until his recent illness, very active and in good health. He was known to mount a horse from the ground in his 93rd year. His death, though not unexpected, will bring sadness to a large circle of friends and relatives. His last hours were calm and the end came as if he had quietly gone to sleep . . . Mrs. V. L. Stanton

ANDREW McDONALD
The death angel visited our community, last Friday afternoon and claimed for its victim, Uncle Andrew McDonald, age 83 years, 3 months and five days. He had been in the very best of health. Never being sick any until he became ill Wednesday. He was a devoted Christian and lived a life that ceases not at the grave. He was converted in early life and joined the Cumberland Presbyterian church, where he served a faithful member till God called him home. His faith grew stronger as he most beautiful exemplified the true Christian life in his dealings with hie loved ones and friends. There le a vacant place in the home which can never be filled. The comforting voice of a loving father has been stilled forever but our loss is his gain. We should not drop tears over departure, but strive to be ready when the summons comes to enter the eternal abode where there are no tears or heartaches and where parting never comes, bue (sic) soul from Heaven to earth con't (sic) return to banish sorrow. May tears to smiles give way where ever sadness hovers, to ever heart that ache and may peace and comfort come. May those sparated (sic)sometimes united be. He leaves to mourn his loss six children: John McDonald and Mrs. Sallie Apple, of Montana, Wade McDonald, of Murfreesboro, Lee McDonald, of Chestnut Mound; Mrs. F. H. Jared, of Gentry, and I. B. McDonald of this place. All being at his berside (sic) when the end came, except, Mrs. Apple. He was laid to rest Saturday evening at the family grave yard, at his old home. Funeral services were conducted by the Rev. A. C. Stone. Willie Ditty 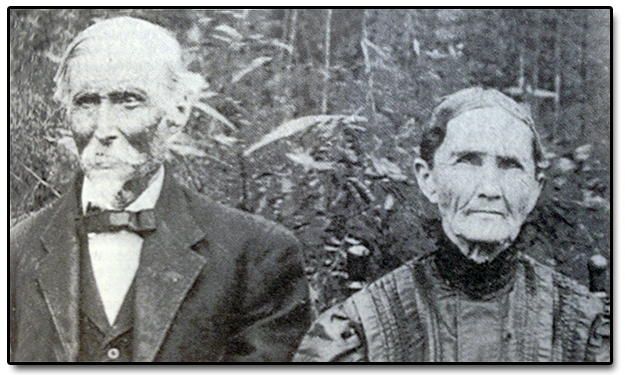