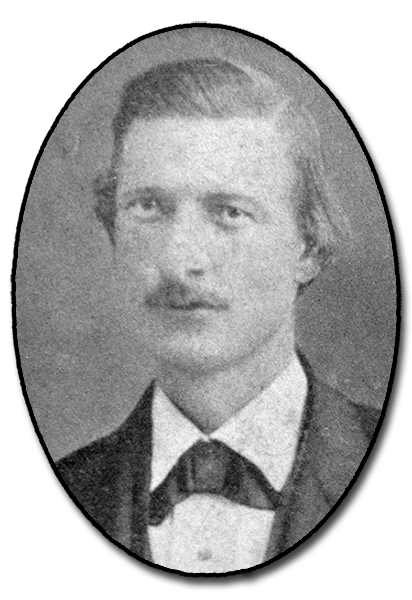 Putnam County Loses One of Her Best Known Citizens - Henry P. Davis died at his home in this city last Sunday afternoon from a complication of diseases, his fatal illness being brought on from exposure and getting wet while attending the funeral of Capt. Walton Smith two weeks ago. While all knew he was very low, the news of his death was a great shock to our citizens. He was buried Monday evening with Masonic rites, Rev. W. H. Carr assisting, in the presence of an immense concourse of friends and neighbors, who came to pay their last tribute of respect to the honored dead. Henry P. Davis was born in September, 1844, in what is now the First district of Putnam county, but was then a part of White county. When the Civil war broke out, although only a boy, he enlisted in Capt. Shaw's Co. 25th Tennessee Infantry, serving his full term of twelve months, and re-enlisted in Dibrell's cavalry, with which command he served until the end of the war, participating in many battles and campaigns, and making a fine reputation as a soldier. He mustered out at Washington, Ga., in May, 1865. After the war he returned home and worked for some time at the oil wells on Spring Creek, earning money with which he paid his way through Cumberland Institute, a school then flourishing in White county. In 1870 he was elected county court clerk of Putnam county, serving efficiently for eight years. He was a member of the legislature in 1881-2, retiring with added honors. Early in life he professed religion and joined the Cumberland Presbyterian church, since which time he had been an active member, and one who enjoyed a happy christian experience. He was an elder in the church at the time of his death. In the 70's he married Lydia Solomon, who survives him, as do also three daughters, Mesdames. R. P. Morgan and Whitley Hyder, and Miss Maggie; and six sons, O. M., Lem H., Roscoe, Edgar, Will and Newton. All were at his bedside but two, Lem and Edgar. He also leaves two sisters, Mesdames. Wm. Huddleston and Leroy Carr of this county, and three brothers Stephen D. and J. Richey of Texas, and John, who resides near Cookeville, as well as many other relatives, the family being large and influential. Henry P. Davis was one of the most widely known and best loved citizens of this section, and his death causes a loss that can never be filled. He was a model citizen, loyal friend and neighbor, a loving husband and indulgent father. The Herald unites with the entire community in extending heartfelt sympathy to the bereaved ones.

COOKEVILLE, Tenn., March 23. - (Special.) - Yesterday afternoon, Hon. Henry P. Davis, one of the most prominent men in this part of the State, died at his residence in this city after a ten days' illness with heart trouble. He was an able and successful lawyer and had long been on of the most popular members of the Cookeville bar. He had held many positions of honor and trust and had been one of the Democratic leaders in this county ever since the civil war. He was born and reared in this county and was 58 years old. At the age of 17 he entered the Confederate army and served with great gallantry throughout the civil war as a member of Gen. George G. Dibrell's famous Cavalry. In 1870 he was elected County Court Clerk of this county and served eight years. In 1881 he represented Putnam and White Counties in the General Assembly. He leaves a wife and nine children -- six sons and three daughters. His burial took place this afternoon at the City Cemetery and was conducted under the Masons and Confederate Veterans in the presence of a vast concourse of people.

MRS. H. P. DAVIS - Mrs. Lydia A. Davis, widow of late Henry P. Davis, died Wednesday afternoon at her home in this city after an illness of several weeks. She was about 68 years old and was a most estimable Christian lady. She had been a devoted member of the Cumberland Presbyterian church from her childhood. Her husband was a prominent attorney of this city and was County Court Clerk of this county from 1870 to 1878 and held many other positions of trust and hone. He died fifteen years ago. The following children survive: Mrs. R. P. Morgan, O. M. Davis, Will Davis, Newton Davis, and Miss Maggie Davis of this city, Roscoe Davis of Harriman and L. H. Davis of Georgia.

MRS. LYDIA ANN DAVIS - Mrs. Lydia Ann Davis, who died at her home in Cookeville, Tenn., March 4th, 1917, at 1:30 p. m. was the wife and widow of the late Henry P. Davis, who died March 22, 1903, about 14 years prior to her death. Her maiden name was Lydia Ann Solomon. She was the daughter of Chesley Solomon and Annie Solomon, who came from North Carolina to Tennessee and settled in Clay County. Her mother died when she was about the age of seven. She came to John Pendergrass at the age of seven and made her home there until she was sixteen years of age. She came then to William Davis and made her home there until her marriage. She was married to Henry P. Davis, son of William Davis, May 1871. The same year of her marriage to Henry P. Davis, who had been elected Court Court Clerk of Putnam County, they moved to Cookeville, Tenn, and made their home there until his and her death. There were born to Henry P. and Lydia A. Davis ten children, seven boys and three girls; one daughter, Beulah, and a baby son, John Ridley, being dead; two sons, Lemuel and Edgar, are away and not heard from in five years: four sons, Origen, Roscoe, William and Newton Davis; and two daughters, Viola Morgan and Maggie Davis begin at home. She was a devoted Christian and church member, having professed religion at the age of seventeen, in White county, at old Zion Camp Ground. She connected herself with Cumberland Presbyterian Church and remained a member of that church as long as she lived. Funeral services were held in the Cumberland Presbyterian church by Rev. V. B. Costello, pastor. There was a large attendance of relatives and friends. After the services her remains were laid to rest in the city cemetery in the presence of a large audience. ... 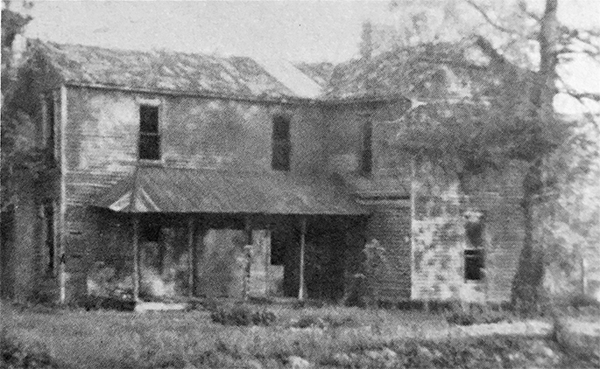 Home of H. P. and Lydia A. Davis. It was located at the intersection of Jefferson Avenue and First Street.