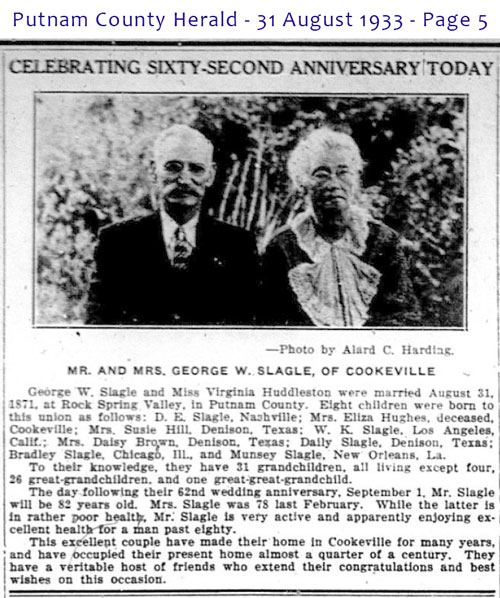 The day following their 62nd wedding anniversary, September 1, Mr. Slagle will be 82 years old. Mrs. Slagle was 78 last February. While the latter is in rather poor health, Mr. Slagle is very active and apparently enjoying excellent health for a man past eighty.

This excellent couple have made their home in Cookeville for many years, and have occupied their present home almost a quarter of a century. They have a veritable host of friends who extend their congratulation and best wishes on this occasion.