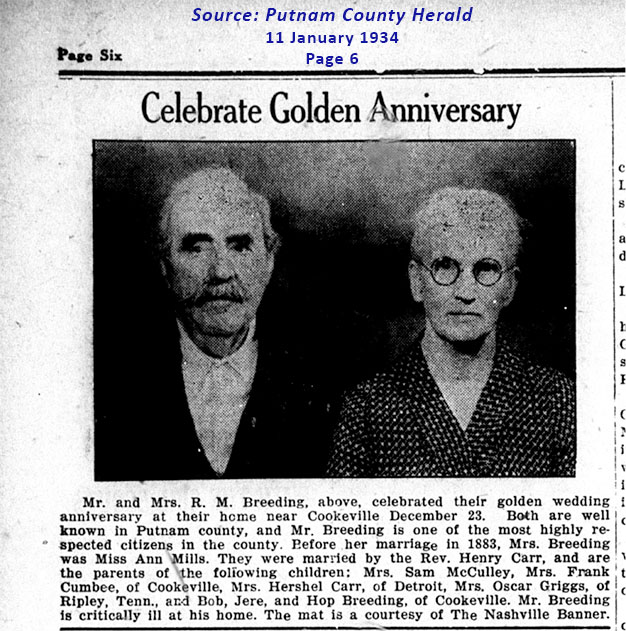 Mr. and Mrs. R. M. Breeding, above, celebrated their golden wedding anniversary at their home near Cookeville, December 23. Both are well known in Putnam county, and Mr. Breeding is one of the ost highly respected citizens in the county. Before her marriage in 1883, Mrs. Breeding was Miss Ann Mills. They were married by the Rev. Henry Carr, and are the parents of the following children: Mrs. Sam McCulley, Mrs. Frank Cumbee, of Cookeville, Mrs. Hershel Carr, of Detroit, Mrs. Oscar Griggs, of Ripley, Tenn., and Bob, Jere, and Hop Breeding, of Cookeville. Mr. Breeding is critically ill at his home. The mat is a courtesy of The Nashville Banner.